"It's a meal wine that is sublimated with stewed meat"

Nobis by Temps des copains (Fred Niger) is a 100% Syrah with black fruits and spices, with a smooth side and a certain power in the mouth. It’s a meal biodynamic wine that is sublimated with stewed meat. A sure bet !

An olive stew,
surrounded by his ancestors,
listening to Nane Tsora from Bratsch 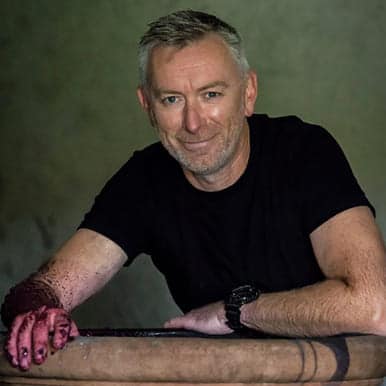 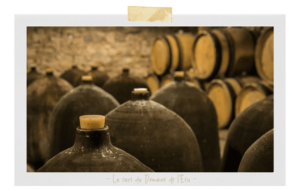 Fred Niger, a computer scientist with a passion for wine, went back to school to study for a BTS in wine and bought Domaine de l’Ecu in 2010, located southeast of Nantes, in the heart of the Muscadet vineyards (Sèvre et Maine). The transition is smooth, Guy Bossard (the former owner) supports Fred to transmit his knowledge.

In the vineyards, the principles of biodynamics are respected. In the cellar, freeing oneself from oenological artifices seems to be an obvious choice. The vinifications are done with the least possible intervention, indigenous yeasts, and little or no added sulfites. Most of the juice is vinified in amphorae, of which there are about a hundred different shapes, sizes and origins. Fred says, “The natural origin of the clay and the neutrality of the terracotta respect the purity of the fruit and the expression of the terroir. The thermal regulation and the natural circulation of the lees favor the complexity of the wines… among other things…“

The Domaine de l’Écu has a total of 25 hectares of vineyards which allow it to produce many exceptional (white and red wines) and varied vintages (Cabernet Franc, Chardonnay, Melon de Bourgogne, Pinot noir, Chenin…). We advise you to taste the Gneiss, Orthogneiss, Ange, Janus and Taurus vintages to discover the remarkable work of Fred Niger. The Ecu wines are present in the most famous starred restaurants in France and in the world, such as the Noma in Copenhagen and the Astrance in Paris.

Le Temps des copains is an adventure, a collective experience at the origin of a questioning. Can the place have an influence on the same juice in fermentation in two different places? Can the winemaker’s energy influence a juice? Today, in an empirical way, for Fred Niger and his band of friends, the answer is obvious: Yes !

The basic principle of this adventure is always the same: After agreeing on the grape variety, the parcel and the vinification, the friends start the vinification on their domain, then Fred “recuperate” the juices during the alcoholic fermentation to finish it in the Loire, at the Domaine de l’Écu (generally in his amphorae).