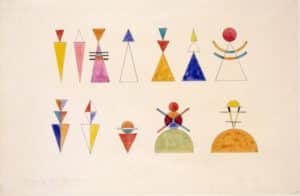 “I expected this news to make a tidal wave taking all the middle of conventional wine with it, it was only a squirt of a water pistol spraying a sales representative’s shoes.”

Comrades lovers of natural wines, we are not so crazy! This is very good news … A guy, with an electronic device and data displayed on a computer, says he can measure the energy of a wine. This guy is Olivier Salières, a scientist who studied at Polytechnique, not an old hippie who took too much lsd in his youth … it sounds more serious. His project is called Métris. With a device generating an electromagnetic current, it isolates particles indicating the energy value of a wine. And guess what …? After more than 600 wines subject to his protocol, he concluded that wines from great terroir, organic and biodynamic wines have a greater energy value than others. The experiences made by Olivier Salières also show that the energy of wines opened for a few days or corked drops dramatically. There would therefore be a clear correlation between pleasure and energy. Bim! I expected this news to make a tidal wave taking all the middle of conventional wine with it, it was only a squirt of a water pistol spraying a sales representative’s shoes. Nobody talks about it. As if the convinced did not need a scientific explanation to justify the emotion of wine, and that the most skeptical will always think that the earth is flat …

Being neither an aroma nor a flavor, energy is difficult to describe. It is a sensation, an impression of purity, of concentrated life flowing down the throat. Something that thrills. It is for this reason that the most sensitive speak of living wine. But to fully understand, you have to taste an industrial tomato from a supermarket and then another from a small organic farmer. The obvious difference in feeling is energy. And it is the same between the so-called conventional and natural wines.

What is energy? How can we measure it?

Claiming to measure the energy of a wine is great, but knowing that he’s not a charlatan is important. So in order to understand what Olivier Salières is up to in his lab, I called him … With his soft, benevolent and amused voice, he gave me a free physics lesson. This is what I learned …

Olivier is experimenting with an approved technology that is common in the scientific community. Expensive measuring devices but accessible and present in many laboratories. He is not a mad scientist who has built his own machine of which he alone knows the unit of measurement…
I learned that he measures electrons and especially photons in wine by isolating them. Two linked particles. It becomes technical, but I understand that photons are pure energy and light. Without mass, it is rather a flow … It is a bit the basis of life … While an electron is something physical, it is matter which can absorb and emit photons (therefore energy and light). OK… ! So by measuring their interactions, we can define the energy value of everything … Because each living organism emits its own light. You, me, the tomato in your fridge, are streetlights of energy, more or less radiant … We are even starting to know, depending on the color of the photons, whether the organism studied is sick or in good health. ..

Olivier Salières tells me that he hasn’t invented anything crazy, I understand that he will never have the Nobel Prize in physics because these theories have been established for a long time. He just had the idea to apply them to wines, essential oils, olive oil, then see what happens …
Scientific, except the facts, he does not preach in any parish. It was not even him who noticed that about the 600 wines studied, 90% of the 30 best classified are biodynamic or come from a great terroir. “But it seems pretty consistent,” he tells me.
The living is movement. Around us, electrons and photons constantly interact with each other, in a sort of eternal orgy of light and matter. To have a high energy value, you should therefore not stress them, let them express themselves. And what can disturb the engine of life? Chemicals and many other not too natural things … So more you put chemicals stuffs in your vines, lower the energy value will be. And it works for any other living organism. It is therefore normal if you feel better breathing the air of the countryside rather than that of concrete, electrons and photons copulate better under a tree than a high voltage line … Natural winemakers know this instinctively, sometimes theoretically, but this is the first time that someone has measured it scientifically …!

Curious, Olivier Salières made other experiments financed by an industrialist. Now that he has the devices, he might as well make them profitable …. This time, he mesurates the relationship between the energy of a liquid and the color of its container. If we take the example of wine, this means that depending on the color of the glass bottle (more or less allowing visible, UV and infrared spectra to pass through), the energy of the wine will be modified. He draws the following conclusions:

Crazy… ! We could improve the energy of a liquid depending on the color of its container … I am ready to bet that in a few years, the purple bottle market will explode …
While waiting for Olivier Salières’s research transform the wine industry, then thant the energy value of a wine to be printed alongside the degree of alcohol on the labels, I suggest that to give him the first Nobel Prize of wine…!

To check in detail the machines that Olivier use, see the classification of wines or just by curiosity, you can check his website : enarlab.net